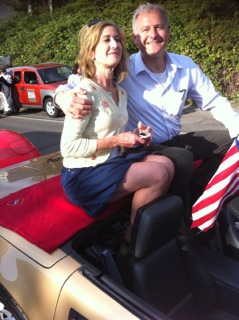 Reuven and his wife Wendy

Reuven is an entrepreneur in the wireless and software industries and a citizen activist.

Reuven and his wife Wendy, an anesthesiologist at Swedish Medical Center, have four children: Adi, Liat, Zev and Nava.

The family has lived on Queen Anne Hill since 1996 and previously lived in the 36th District’s Phinney Ridge neighborhood.

Reuven was born in San Francisco on August 10, 1965, blocks from Haight-Ashbury. He spent the first years of his life living with various friends and families as his mother Hadiyah struggled with the turbulence of the time. At five, Reuven and Hadiyah, now a retired welder and social worker who also now lives on Queen Anne, moved to Bellingham where he attended public school until 1980. At age 15, Reuven left for Washington, D.C. to serve as a congressional page for Sen. Warren G. Magnuson. He remained a page for a total of three years for Sen. Scoop Jackson and briefly for House Speaker Tip O’Neill until he graduated from the U.S. Congressional Page School as senior class president in 1983. He graduated from the University of Massachusetts at Amherst with a B.A. in Communications in 1987.

In 1993, Reuven graduated from the two-year M.P.A. program at the John F. Kennedy School of Government at Harvard University when he returned to Seattle and began a career in the mobile phone and software industries.

From 1993 to 1996, Reuven worked on special projects, business development and public policy at McCaw Cellular Communications, Inc. and AT&T Wireless Services. In 1996, Reuven became an early employee and Vice President of Strategic Development at Xypoint Corp. where he helped build the start up company into the largest provider of wireless E911 services in the nation, allowing mobile phone callers to be more accurately located by 911 dispatchers. 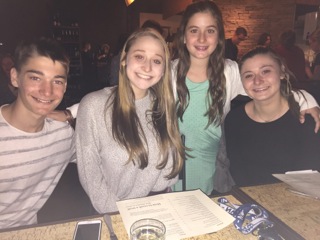 From 2001 to the present, Reuven has served in a number of senior executive, board of director and consulting roles for a wide range of U.S. and international early stage, venture backed, mobile, software and clean technology firms. He has specialized in business development and public policy for companies providing Voice over Internet Protocal (VoIP), location technology, real-time traffic data, smart grid and plug-in hybrid vehicle software, municipal WiFi, virtual reality simulation for training and education of firefighters, Native American children fire safety and more. He has served on the board of directors of data visualization, consumer wearables and business development consulting firms.

Reuven is deeply passionate about community service. He is a citizen co-founder and long-time board member of the Seattle Chapter of City Year, an AmeriCorps program that enables young people 17-24 to engage in a full-time year of community and national service as tutors and mentors in schools throughout King County.

Reuven was appointed by Governor Chris Gregoire in 2005 as a member of the Washington State Board for Community and Technical Colleges, the state agency that oversees the state’s 34 two-year colleges, where he has led efforts to connect technology to life-long learning. Previously, Reuven served as a board member for: Hillel at the University of Washington; American Jewish Committee; City of Seattle Task Force on Telecommunications Innovation, and other community organizations.